Staying true to its core of gifting woman empowering messages, rookie historian Goo Hae Ryung pictured the truly capable dares more than what is asked for. Apart from that, its vibrant narrative consistently brought good vibe to its faithful viewers.

*This review was first published on Hellokpop in November 2019 Just as romance spurs between Hae Ryung and Prince Yi Rim, they confront the reality of the arrange marriage set for members of Royal family. Eventually, the two mutually decide what’s best for them.

Queen Dowager and loyal supporters of Soraewon carries on to claim justice on the forced eviction of then King Yi Gyeom. When SSC Min teamed up with King Tae to oust the latter’s brother, the people in Soraewon were also obliterated in the process.

Later, Prince Yi Rim also learns that he is the legitimate heir to the throne as King Yi Gyeom’s son. Adding to that, the historians also stumble on the tampering of the supposed letter sent by King Yi Gyeom, which caused his supposed betrayal to the deep-rooted Confucian values of the kingdom.

Protecting his brother, Crown Prince Jin orders for Prince Yi Rim not to leave the premise of Nokseodang. But, Hae Ryung comes to his aid. On the day celebrating the King’s 20 years of reign, Goo Jae Kyung spills the atrocity of SSC Min. Pleading for to right the wrongdoings of the past, the King relents to his sons heartfelt request. Commendably, while building the romance, the screenplay ensures to stay true in presenting its world from the perspective of Goo Hae Ryung. Additionally, its workplace drama set in Joseon provides a deeper understanding of the motivations and progressive minds of historians.

Their firm belief to be vanguards of truth somehow leaves a lasting impression on the roles of historians in society. As the focal character, Shin Se Kyung brought life to the role of Goo Hae Ryung. Despite receiving oppression for her tenacity to point out a lapse in the system, she bravely accepts the repercussions of her petitions. At the same time, she makes sure that her vocal pleas are with a solid substantiation.

I loved how less problematic the plot is. It never put me on facepalm moments rushing to get through the chaotic conflicts when it mounted in the story. Presenting the back story in the waning episodes gave the truth of how the ousted King had only wanted his people to accept the new culture and technology. A vision that the antiquated moral standard of Joseon cannot accept.

It also includes a few depictions of how the women and the commoners are deprived of privileges that are enjoyed by those with ranks in society. A call to change, even with the suppression, has made the side stories of the series connect smoothly along with the inserted love elements.

With a gregarious heroine, who sprees on raising changes for the benefit of the people; and a prince who supports her idea along the way, Rookie Historian Goo Hae Ryung concocted a ruminative story that has substance to learn on and romantic moments to make viewers’ hearts sweetly skip a beat. Interestingly, Rookie Historian Goo Hae Ryung also passes as a workplace drama. Significantly, this season is full of office-themed dramas. Thus, making the series a novelty. Thanks to a dominantly cast of young actors, the usual austere mood of historical dramas was lightened up by its lead cast.

Park Ki Woong and Lee Ji Hoon provided concrete support just as how Shin Se Kyung anchored the emotional layers of the story. As historical dramas have this infamous reputation to drowse viewers when multiple conflicts about power struggles erupt, thankfully the narrative did not thread that path. Notably, the bromance of Yi Rim with Crown Prince Jin produced some the warm and cute scenes.

Also, Prince Yi Rim and Sambo’s interactions are some of the chuckling moments in the series. I love how the unlikely chemistry between the two adds zest to the narrative of each episode.

As Hae Ryung’s nanny said, visual god, Cha Eun Woo is so pretty you can stare at him and be happy for five days. I think even the writer made sure to highlight his strengths as an actor and draw his emotional scenes fairly so as not to put him in a bad light. Oh, and that “waiting for Hae Ryung while biting a stemmed rose” scene is such a sweet treat for his fans.

Apart from resolving the outdated Joseon policies pointed out in the story, the drama also pictured a distinct romance setup that is unthinkable in the era when Hae Ryung and Yi Rim live. Ultimately, conveying the message of understanding the need to accept new trends.

I have to apologize for this drama for the belated review. Actually, I have a list of dramas to apologize for. *wink I stopped recapping it not because it became bad or boring. But, I was caught up reading The King’s Avatar.

Even on its premiere, the series aimed for a modern approach to its storytelling. As the home of period dramas, MBC did a great job exploring the world of palace historians. We only know of their roles as transcribers recording the day-to-day activities of the King. However, the series explained their importance highlighting their passionate and kind attitude.

Albeit the climax hitting a “genuine-let’s-persuade-the-king” scene, I also struggled to think of an alternate ending that would balance the romance line and political conflict raised in the plot.

At the end of it all, the drama achieved its goal to impart the message of driving ripples of change. Of making small differences to challenge the existing irrational laws of Joseon.

As the recurring moments of the narrative, it brought inspiring insights from its main leads. Hae Ryung is a reminder that there’s nothing wrong with thinking differently than the majority. Yi Rim inspires you to have a dream and protect it like a part of yourself. Prince Jin exemplifies that being rational and fair equips anyone in seeing the goodness and hope in any struggle.

Stunningly imagined, Rookie Historian Goo Hae Ryung has merits that do not go away as the story progressed. It makes you feel inwardly delighted rooting for the hopes and dreams of its characters. 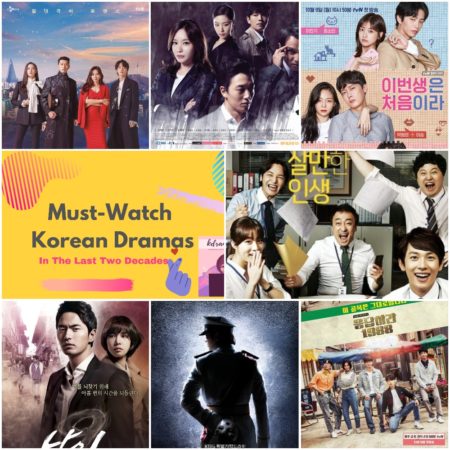 Two Decades Of Korean Dramas: The Most Memorable K-Drama Stories In The Last 20 Years